« Hand Sanitizer: Is it a fire hazard? 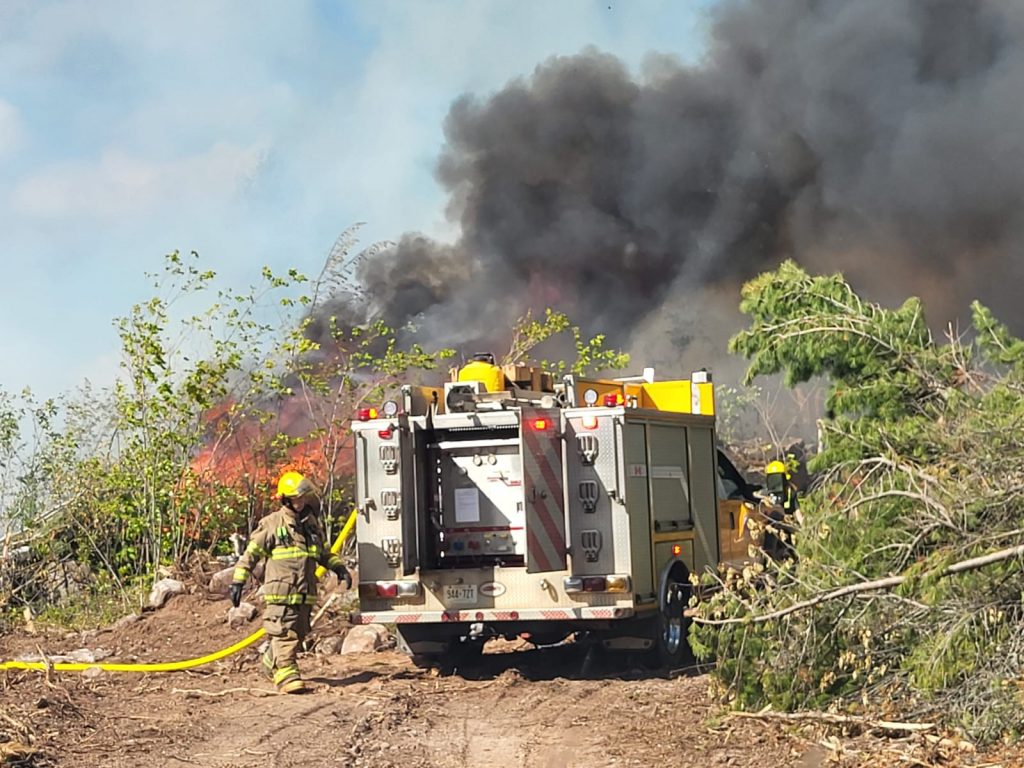 Upon arrival, fire crews reported a large brush fire that was approaching the tree line. Fire crews quickly started an initial attack and requested the aid of Ministry of Natural Resources – Air, Forest Fire, and Emergency Services (AFFES) crews, who arrived just after 6:30pm to assist in containing the fire.

Much of the fire was knocked down and the fire status was listed as being held at the time Shuniah and Pass Lake fire crews cleared the incident. The incident, listed as THU007, was left in the control of AFFES crews with Shuniah and Pass Lake fire crews having cleared the scene just after 9:00pm. AFFES crews continue to operate on THU007 as of 10:00am today.

SFES would like to ask the public to remain vigilant for wildfires and to have an updated emergency kit and plan.

Permanent link to this article: https://shuniahfire.com/2022/06/media-release-pearl-wildfire/

from information provided by the MNR

What does this rating mean?

Remember, a burn permit is required.